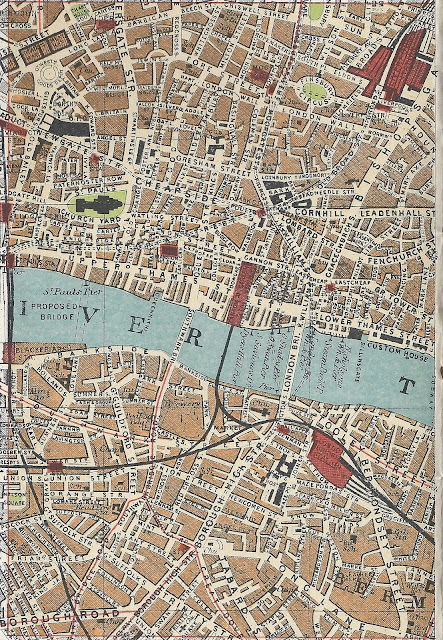 This is one of the maps in 'Philips Handy Volume Atlas of London' which has no publication date, but a hand-written inscription in the front is dated 1922. The pages are not very big - as you'd expect for a 'handy' volume, but they are beautifully detailed, and in colour, too. It has some of the usual maps that you sometimes find in London atlases, like railway maps, small scale maps of London environs and birds-eye views. This is one of the ordinary pages, showing part of the City of London, including St Paul's Cathedral, and part of Southwark, on the south bank of the Thames.

But this atlas also has some extra detail, which you do not find in most street atlas volumes; it has ground plans of London's two great cathedrals, St Paul's and Westminster Abbey. They also qualify as maps, because they show the surrounding streets too. Here is the plan of St Paul's to complement the map above. 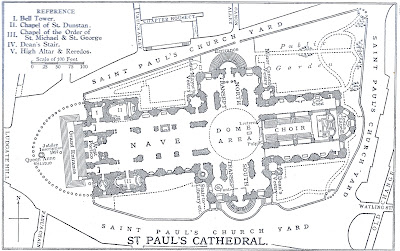