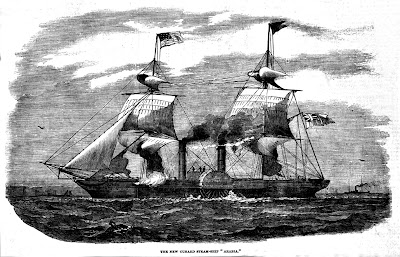 Unlike births, marriages and deaths in England and Wales, the indexes to the General Register Office's Miscellaneous Overseas Collection are not widely available online. They are available free of charge on Familyrelatives.com, but you have to browse, page by page, through a wide variety of indexes, in a variety of formats. As someone who used to arrive at St Catherine's House at the crack of dawn, way back in the 1980s, to look at the indexes, I'm still quite impressed that I can now do this at home at all. Still, it's good when someone makes your life a bit easier.

This is what Findmypast.co.uk have now done with this collection. This is very good news for a number of reasons; obviously it's nice to have a name index where none existed before, but the fact that you can search over several indexes at once is an added bonus. There is also another advantage, which is to do with the nature of these particular records; it has never been compulsory for overseas events to be notified to the Registrar General, and when they are notified, the same time limits for registration do not apply. So an event can be registered a long time, sometimes years, after the event, and you might miss an entry because it is not where you expect it to be. The improved search means that this is less likely to happen. The amount of detail in the index varies quite a lot, but some of the modern indexes include the year or date of birth, and this information has been captured by Findmypast.

There are some other things that are worth knowing about these indexes. Although there is a collection of indexes of armed forces events from the 18th century to the 21st, the main 'British Overseas' indexes also include armed services entries for some periods. And although they have always been grouped together with various overseas births, marriages and deaths, the Armed Forces indexes, especially the births, contain many entries that actually took place in the UK (including Ireland).

Finally, useful as these indexes are, they are not always the best way to get the details of an overseas event. There is another collection of overseas registrations, once in the custody of the Registrar General, but now in one of The National Archives' miscellaneous overseas collections. These are in record series RG 32 to RG 36 and digitised images are indexed online at BMDregisters.co.uk. Many events are unique to one or other of these collections, but there is also some overlap, so it is always worth checking both sets of indexes. If an entry appears in both, it is cheaper to view the online image on BMDregisters than to order a certificate from the General Register Office.