Scandals in the Family 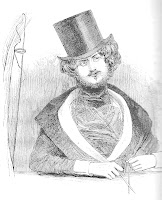 Some of the best discoveries are the ones that you make by accident, while you are looking for something else. The story of the Boynton family of Burton Agnes is one of those stories. An intriguing entry in the catalogue of The National Archives turned out to be a detailed account of the antics of Captain George Boynton, as told by his aggrieved (and reluctant) father-in-law. I was so intrigued by this that I did some more research on him and his family, and the story that unfolded just got better and better. If you wrote this up as a work of fiction, people would probably think it was a bit far-fetched. But it's all true, and I can prove it!

Fraudulent abstraction of a leaf from the registers for St Pancras Parish: baptism of Elizabeth Laura Keeling (The National Archives ref: HO45/7900)
This is the full text of the lengthy document written by Mr Prickett of Bridlington in 1867, when he had recently become the father-in-law-of Captain George Boynton. He was not happy about this state of affairs, and he explains his reasons here.

Trial of George Keeling Boynton
From the Old Bailey Sessions Papers, his trial for fraud at the Central Criminal Court in September 1882

Burton Agnes Hall
Built by Sir Henry Griffith between 1598 and 1610, the hall has never changed hands by sale, but has passed down through various family connection. It was the home of the Boynton family for many generations, and is currently owned by the Cunliffe-Lister family, descendants of Sir Henry Boynton, Captain George's father. It is open to the public, and has particularly wonderful gardens. It is well worth a visit if you are ever in the East Riding of Yorkshire. The website includes a brief history of the hall and the families who have lived there. 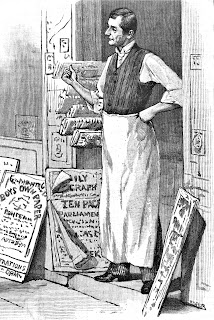 The biggest development in genealogy in recent years has been the arrival of online records and indexes. Births, marriages and deaths, census and other official records have led the way, but newspapers and periodicals are catching up fast. They are wonderful sources of family information, and we can all gain something from them, provided we are aware of their strengths and limitations. You usually have a rough idea of what you are likely to find in official sources, but newspapers can be full of real surprises. And although you can't always believe everything you read in the papers, a news item can lead you to an official source where you might not have thought of looking. Then there is the 'local colour' and incidental detail that no official source will ever contain. Settle down for a good read.


Links
Google news archive
Google stopped adding to this project some time ago, but you can still search the archive of existing content. The page can be hard to find, so I've created a link to it.

Active Paper Archive
British Library Newspapers: free access to selections from the Manchester Guardian, the Daily News, the News of the World and the Weekly Dispatch.

Historical Insights - Digitised Newspapers
Downloadable pdf from the University of Warwick, 30 pages. This is aimed at teachers, to help them use newspaper resources for history teaching. There is lots of interesting content, and a very useful list of links.

Digitised newspapers as sources for family history
Podcast of a talk given at The National Archives on 19 March 2012 by Ed King, Head of Newspaper Collections at the British Library.


The London Gazette: not just the brave and the bankrupt 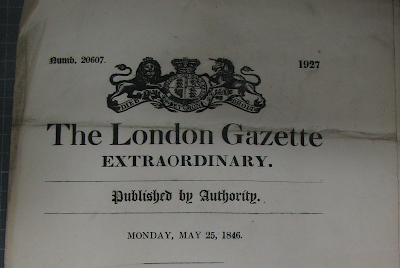 
Tracing your Irish ancestors in The National Archives - in England 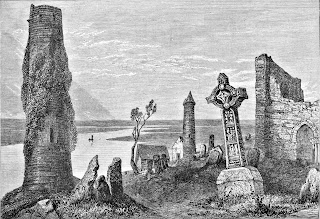 Less than a century ago all of Ireland was part of the United Kingdom. Six of its northern counties still are. Or, to put it another way, most of our Irish ancestors were technically British, whether they liked it or not. As a result, many records relating to them are to be found in British sources. The largest of these is The National Archives (TNA) at Kew. Some types of record there relate only to England, or to England and Wales, but others deal with the whole of the United Kingdom including, of course, Ireland for much of its history.
Armed forces records
Before the Union with the United Kingdom in 1801, Ireland had a separate Army with its own organisation and establishment (although the British Army drew heavily on Irish recruits). From 1801, Ireland remained a separate command, and the Irish regiments retained their Irish identity, but the Army was merged with the British Army. Many Irishmen also served in the Royal Navy or the Royal Marines, and there are good records to be found for them too.
The Irish Reproductive Loan Fund
The records of the Irish Reproductive Loan Fund, in may be helpful if you are looking for a family in Munster or Connaught in the mid 1800s. The fund provided loans at interest to the industrious poor, who had to provide some form of security for the loan. Records of the local associations which administered the loans survive for counties Cork, Clare, Galway, Limerick, Mayo, Roscommon, Sligo and Tipperary.
The Irish Sailors' and Soldiers' Land Trust
This trust was set up to provide cottages in Ireland for ex-servicemen (including air- men) after the First World War. Over 4,000 cottages were provided. Because of rent strikes in the republic, no further cottages were built there after 1932, but cottages continued to be built by the Trust in Northern Ireland until 1952. Provisions were later made to sell the cottages to the tenants or their widows.
Royal Irish Constabulary
The Irish Constabulary was created in 1836, and became the Royal Irish Constabulary (RIC) in 1867. It was responsible for the whole country apart from Dublin, which had its own force, formed in 1786. The RIC was concerned with keeping the peace, which could entail the suppression of armed rebellion, sectarian riots or agrarian distur- bances; later it inherited the functions of the Revenue Police and more. Members of the force also acted as census enumerators. The service was disbanded in 1922.
RIC Records of Service are indexed, and give a great deal of personal information, such as date and place of birth and former trade, as well as dates of service. There are also some pension records.
Other Records
Irish people and places appear in the records of the Customs and Excise, Coastguard, Merchant Navy. For the earlier period there are State Papers, Ireland 1509-1782. There are also relatively unknown and un-explored sources for the early 20th Century, such as the Irish Distress Committee and Irish Grants Committee, and records of unestablished civil servants. These include many personal names, as yet unindexed.
Links
Most records for Irish genealogy are not in specifically Irish collections. So you should look for records under the appropriate subject category, bearing in mind that most of these are Britain-wide records, and therefore contain many people from Ireland. Start with the selection of guides on the Looking for a person page. There are two specifically Irish guides, for the Royal Irish Constabulary and for State Papers Ireland 1509-1782. 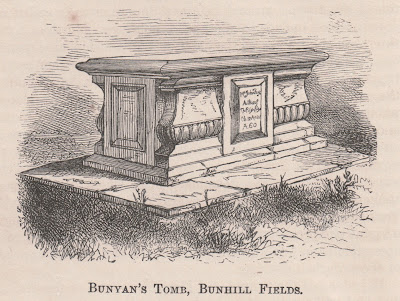 Links
General Register Office: Registers of births, marriages and deaths surrendered to the Non-parochial Records Commissions of 1837 and 1858
Description of the history, background and scope of the registers in series RG 4 at The National Archives, 1567-1858, comprising 4680 volumes.

General Register Office: Society of Friends' registers, notes and certificates of births, marriages and burials
Description of the history, background and scope of the registers in series RG 6 at The National Archives, 1674-1871, comprising 1674 volumes.

General Register Office: registers of clandestine marriages and of baptisms in the Fleet Prison, King's Bench Prison, the Mint and the Mayfair Chapel
Description of the history, background and scope of the registers in series RG 7 at The National Archives, 1677-1753, comprising 835 volumes.

General Register Office: registers of births, marriages and deaths surrendered to the Non-parochial Records Commission 1857, and other registers and church records 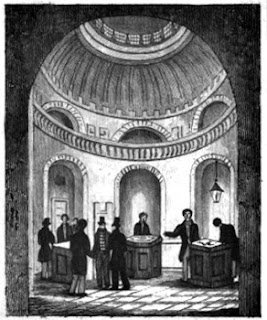 This infamous crime came to trial in the 1840s, and was the work of an organised criminal gang, led by Joshua Fletcher. He and his accomplices stole large sums of money from a number of dormant accounts in the Bank of England, over a number of years. They managed this by posing as the relatives and beneficiaries of the account holders, obtaining grants of probate using forged wills and fraudulently acquired death certificates. This is the story of how they did it.

As if the story of this elaborate scam were not enough, one of the people prosecuted was in fact an innocent man, William Henry Barber. He was the solicitor who conducted the legal paperwork on Fletcher's behalf, but had no idea that a criminal conspiracy was behind it. This is therefore also the story of one man's determination to clear his name, against incredible odds. You couldn't make this stuff up!

Trial of William Henry Barber, Joshua Fletcher and others
The account of their trial at the Central Criminal Court in April 1844 from the Old Bailey Sessions Papers 1674-1913, in the matter of the will of Anne Slack.

Trial of William Henry Barber, Joshua Fletcher and others
The account of their trial at the Central Criminal Court in April 1844 from the Old Bailey Sessions Papers 1674-1913, in the matter of the administration of the estate of John Stewart