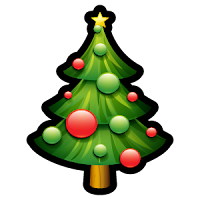 I have an artificial tree now, but for some of my childhood Christmases we had a real tree. No matter how thorough the vacuuming, a small child will be able to find jagged little dried-up bits of pine needle for months afterwards - ah, those were the days!

But my overriding Christmas tree memory was not picking the needles out of my chubby little knees, or from the palms of my hands; it was the lights.

Modern lights are a joy, but the kind we had in the 50s and 60s were evil. They were put away carefully every year, but left unsupervised for 11 months they had plenty of time to get themselves into a tangle that would rival the Gordian Knot. That wasn't the worst of it, though; all the lights had to be in working order and properly connected to complete the circuit, otherwise none of them would work. It was a case of  'one out, all out', and every year there was always at least one faulty bulb or loose connection. 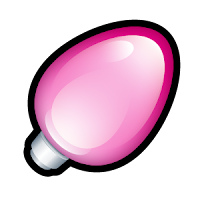 My father was a wonderfully laid-back, even-tempered, tolerant man. Except once a year when he was sorting out the Christmas tree lights. I think my mother used to grab the coats and take me out shopping until it was safe to go back! Once the lights were up and working, it was fun all the way, but Dad's annual grump had to be got out of the way first, a bit like having to eat up all your greens before you were allowed pudding, I suppose. Happy tree-lighting!
Posted by Audrey Collins at 09:00