Rootstech - What's in your gadget bag? 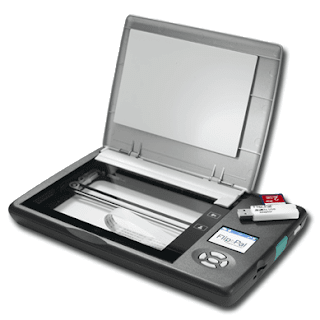 Day one of Rootstech had its range of live-streamed sessions, including the International Panel 'What's in your gadget bag?' led by my genie-mate Jill Ball aka Geniaus. She and the rest of the panel, Marie Dougan, AC Ivory and Heather Rojo, did a great job. Jill asked the panel (and herself) what they had in their gadget bag in a number of situations, such as a visit to a record office, a family reunion, and so on.

I was reassured to find that I had made the same choices as he panel in many cases. The Flip-Pal scanner scored very highly, as did the iPad, except with Jill, rugged individualist that she is, who is a big fan of the Samsung Galaxy tablet. But I think that the principle is that tablet devices of various types and sizes have become indispensable tools for many genealogists. Marie also struck a chord with me when she said that she was more comfortable with a keyboard than a pencil and paper! I'm not a great typist, but when I need to write something by hand I have been known to draft it on a keyboard first.

The panel set me thinking about my own gadget-bag choices. I also think of this every time I go through airport security, and have to decant half of the contents of my carry-on luggage into those plastic trays. There seems to be more of it every time I travel. For quite a long time I have taken a laptop with me almost everywhere, for research, for giving presentations, accessing the Internet and emails and so on. I also have a camera with me all the time; I have several other devices that can take pictures, but I really like to have a proper camera, with all its capabilities. If I were as capable as my new camera, we'd be doing just fine. I used to have an MP3 player, but when I switched to an iPod Touch and discovered all the other things it could do, then that became another indispensable gadget - it's my clock, calendar, notebook, address book and calculator, and even holds my family tree information. The screen is a bit small, so when the iPad was introduced in 2010, I bought one, and now I can't bear to be parted from that either. I particularly like this for the apps that allow me to take my up to date family tree with me, and for Evernote and Dropbox which I use all the time. I am comfortable with its on-screen keyboard, so I have been able to write magazine articles and book chapters on it.

As you can see, Apple is gradually enticing me towards the Dark Side, but this got as fas as it is going to get when I bought a 13 inch MacBook Air, which took a little getting used to for a long-time PC user, but I like it a lot. This is what I travel with because it is so light and portable, and my PC is a large desktop-replacement model. I like to have a foot in both camps, with both Apple and Windows devices, and I have an Android phone. I don't use the phone very much for voice calls, but I love having the internet in my pocket when out of range of a free wi-fi signal, and I can use it as a wi-fi hotspot to get online with one of my larger-screen devices. This works fine in the UK, but international data roaming charges are so high that I wouldn't even consider it in the USA.

My other big tech buy in 2010 was the Flip-Pal scanner, which I don't take on every trip, but it is very portable, so it comes with me if I am going to the Family History Library, or visiting relatives who might have documents or picture I want to scan. For a long flight I pack my own headphones for the movies or to listen to my own iPod.


So my gadget bag contains:

Not forgetting back-up kit in the form of the phone charger, a battery-charger to keep the camera and the Flip-Pal running, and UK to US adaptors so I can plug them in. I don't need this for the Mac, which I bought in the US, but when I arrived in Australia with all my gadgets, including a UK-Australia adaptor I realised that I also needed a US-Australia adaptor, so that was the first thing I bought at Sydney airport, even before my meat pie! Finally, there is a very low-tech piece of kit that I bring on trips to the Family History Library - magnets to mark the drawers my films came from. 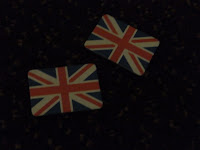 What's in your gadget bag?