New FamilySearch, a view from the British Isles Part Two 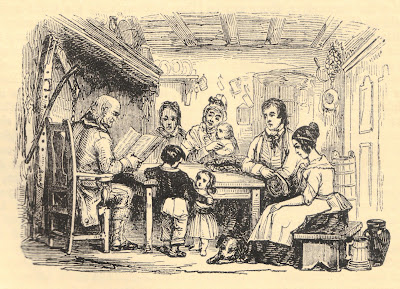 I have been having a closer look at New FamilySearch, with particular reference to the British Isles collections (even though the term 'British Isles' is no longer used as a place filter, see my earlier post on the subject). This time I have been looking at some of the collections themselves, and although these observations apply to specific collections in this region, the same kinds of features may well occur in records elsewhere.

I decided to look at the Scottish records, a very small collection compared with the inaccurately-defined 'United Kingdom' one.There are two record sets 'Scotland Births and Baptisms, 1564-1950' and 'Scotland, Marriages, 1561-1910' . The description of the first collection is rather vague

Index to selected Scotland births and baptisms. Only a few localities are included and the time period varies by locality. This collection contains 9,431,034 records. Due to privacy laws, recent records may not be displayed. The year range represents most of the records. A few records may be earlier or later.

You can scroll down the page for more information, or click on links that take you to the appropriate page in  the Research Wiki. There is a lot of useful information here, but it is all general rather than specific, and at no point is there list of the actual historical records that make up the collection. To be fair, the old FamilySearch did not provide this information eithe; the last time you could find such a list was in the Parish and Vital Records listing that came with the old microfiche editions of the IGI, and the last one of those was produced in 1992.

ADDENDUM: Chris Paton's comment below mentions the very helpful GENOOT site, so I have added the link here so that you can click on it instead of having to cut and paste. Cheers, Chris!

On the plus side, you can search the FHL catalog using the film number from any given entry and find details of the original source, which certainly was not always possible with the old FamilySearch. Furthermore, since the patron submissions from the IGI have been separated out, the source should now be an actual record that can be checked and evaluated. Or so I thought.

The date range 1564-1950 is very wide, and I guessed that the most recent entries would come from Civil Registration, known as the Statutory Registers in Scotland, so I did a search among the most recent entries to find out. This is another good feature of the new site, because you seem to be able to search on as many or as few fields as you wish, even a search on a date range of a single year, with no other fields filled in. Oe of the irritating features of the old site was getting a message  like 'You must enter at least a first or last name, or you must enter a father's full name and at least a mother's first name'

A search in the range 1946-1950 returned 10 results, but only 4 of them were births from that period, the others were much earlier, but they included dates of DEATH that fell within the specified range. For the first time in my rummaging through new FamilySearch, I found that none of these entries included a film number, or any means of identifying the source. It may be that this information will be added later; I certainly hope so. But what I found more worrying was the fact that records containing death dates were in a collection called Births and Baptisms. The information shown is what you would expect to find on Scottish death certificates, except that the date and place of birth of the deceased do not appear in death entries during this period. So while these look like very informative records, I have no idea what I am searching.

I looked at the marriages next, and while the record descriptions were as vague as for the births and baptisms, there were film numbers that I could check in the FHL Catalog. I also discovered another advantage of new FamilySearch; it will return results from anywhere within the record being searched, which was not possible before. For example, a search for a man's name will not only return results for grooms of that name, but also where he is recorded as the father of the bride, which was an unexpected bonus. Not that this information appears in many Scottish marriage records before 1855, but it's wonderful when it does. Names of both parents of the bride and the groom appear from 1855 onwards, and marriages up to 1875 have been included in the IGI for many years, but only the brides' and grooms' names were included in the index. All the same, if post-1875 records are included later, or if the extra detail is ever added to the existing marriages, it's good to know that FamilySearch can cope with it.  It's nice to end on a positive note for a change.

I'll carry on exploring - and using the Feedback button of course - and report back again in a while
Posted by Audrey Collins at 08:00